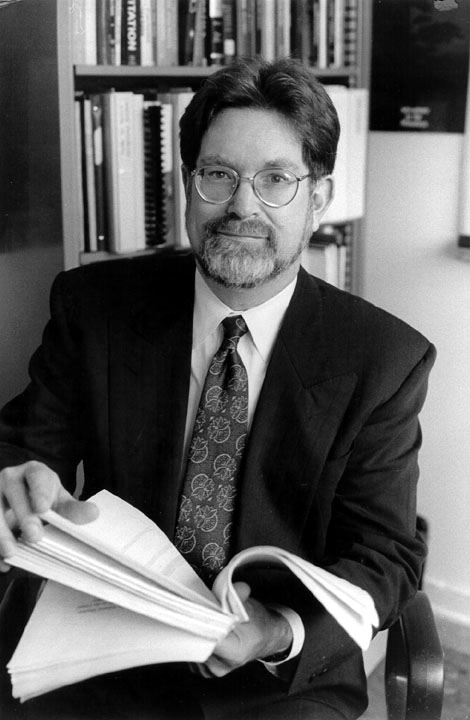 George Smoot was co-awarded the 2006 Nobel Prize in Physics "for discovery of the blackbody form and anisotropy of the cosmic microwave background radiation.” Smoot received Bachelor degrees (1966) in Mathematics and Physics and a Ph.D. (1970) in Physics from MIT. Smoot has been at the University of California Berkeley and the Lawrence Berkeley National Laboratory since 1970. In April 1992, George Smoot made the announcement that the team he led had detected the long sought variations in the early Universe that had been observed by the COBE DMR. NASA's COBE (Cosmic Background Explorer) satellite mapped the intensity of the radiation from the early Big Bang and found variations so small they had to be the seeds on which gravity worked to grow the galaxies, clusters of galaxies, and clusters of clusters that are observed in the universe today. These variations are also relics of creation.

Professor Smoot is an author of more than 200 science papers and is also co-author (with Keay Davidson) of the popularized scientific book Wrinkles in Time (Harper, 1994) that elucidates cosmology and the COBE discovery. Another essay entitled “My Einstein Suspenders” appears in My Einstein: Essays by Twenty-four of the World's Leading Thinkers on the Man, His Work, and His Legacy (Ed. John Brockman, Pantheon, 2006). Currently, Professor Smoot conducts research in astrophysics and observational cosmology, and is most famous for his research on the cosmic background radiation. This radiation is thought to be the relic of the intense heat of the early Big Bang. Smoot continues research in cosmology and is currently involved in the Planck and SNAP missions. The Planck mission is the third generation mission to exploit the CMB fluctuations discovered by COBE DMR. SNAP is a mission to understand the Dark Energy causing the current expansion of the Universe to accelerate.

Dr. Smoot's publications can be found at:

Nobel Prize funds will be donated to Fellowships:

Many have interpreted my research work as having something to say about religion, proof of God, and creation1 creation2.

Questions from the Edge - Dr. Smoot's response to the question: What are you optimistic about?